NOTE: The final published version of the opinion discussed below, as adopted, CAL 2015-193, may be found here.

As discussed in a prior post, last year the State Bar of California Standing Committee on Professional Responsibility and Conduct (COPRAC) released Formal Opinion Interim 11-0004 for public comment. The opinion addressed an attorney’s ethical obligations relating to e-discovery and electronically stored information (ESI). The opinion advised that e-discovery implicates an attorney’s ethical duties of competence, confidentiality, candor and the duty not to suppress evidence. In short, the proposed opinion concluded that an attorney lacking familiarity with e-discovery is required to: 1) acquire sufficient learning and skill before handing matters involving e-discovery; 2) associate with or consult with technical consultants or competent counsel; or 3) decline the representation. After receiving critical comments from the public and county bar associations, COPRAC met in December, 2014, revised the proposed opinion and extended the public comment deadline until April, 2015. However, guidance from the opinion remains largely unchanged: attorneys must become familiar with e-discovery technology and processes, or seek help from a qualified professional.

Both the Los Angeles County and Orange County Bar Associations submitted comments to the proposed opinion. The associations faulted the hypothetical posed in the original opinion as describing an attorney who acted negligently rather than incompetently. The bar associations stated that the egregiousness of the lawyer’s negligence distracted from a thoughtful analysis of an attorney’s ethical duties as they relate to e-discovery. The Los Angeles County Bar Association pulled no punches stating that the opinion read “like an argument in a legal malpractice case rather than an ethics opinion” and that the opinion evinced a misconception of the purpose of legal ethics opinions which are purely advisory.

Comments from the Los Angeles County Bar Association also faulted the discussion section of the original opinion and suggested that the sections on attorney competence and confidentiality be rewritten. Regarding the discussion on competence, the bar association pointed out that simple negligence and failure to act competently may not violate an attorney’s ethical duties unless the acts are repeated, intentional or grossly negligent. The group found fault with the confidentiality section of the original opinion because it was reliant on a prior COPRAC opinion that had largely been abandoned in modern ethics opinions and because it failed to address the obligations of opposing counsel as it related to the client’s confidential and privileged information. Comments from the Orange County Bar Association suggested that the opinion make clear that attorneys are obligated to supervise those engaged assist with e-discovery tasks and that the duty to supervise is part of the duty of competence.

Opposing counsel’s vendor collects the ESI and provides a copy to the attorney, but he does not review it. Later, after opposing counsel alleges evidence spoliation, the attorney finally hires an “e-discovery expert” who determines that the business client routinely deleted relevant ESI as a part of its normal document destruction policy. Attorney’s e-discovery expert also discovers that as a result of attorney’s overbroad search terms and his failure to review the ESI after collection, the document production included both attorney client privileged communications and proprietary business information.

The Hypothetical as Revised

In response to comments from the county bar associations, COPRAC revised both the fact and discussion sections of the opinion. As revised, the proposed opinion still includes a fact scenario in which opposing counsel suggests that the parties jointly agree to a list of search terms for use by opposing counsel’s vendor to search the client’s computer network. However, in the revised opinion, the attorney secures his client’s approval before agreeing to opposing counsel’s proposal.

The revised facts add that the client is a large company with an IT department and that the CEO assures the attorney that there is no ESI that has not already been provided to the attorney in hard copy form. Relying on the CEO’s assurances and presuming that the IT department understands network searches better than he does, the attorney assumes he need do nothing else other than instruct the client to provide network access to opposing counsel’s vendor.

As in the original hypothetical, after the ESI is collected, the attorney does nothing further with it. After opposing counsel raises spoliation issues, attorney retains an e-discovery consultant who not only determines that the client destroyed relevant information because it did not suspend its document deletion, but the consultant also advises the attorney that hiring an experienced IT professional earlier in the process would likely have prevented disclosure of the client’s proprietary business information.

As in the original, discussion in the revised opinion states that the attorney’s acts implicated a lawyer’s duty of competence detailed in California Rule of Professional Conduct 3.110. The opinion states that attorneys handling e-discovery should be able to perform (either by themselves or in association with qualified co-counsel or consultants) the following:

The revised opinion concludes that the attorney potentially acted incompetently by failing to perform a timely e-discovery evaluation and that had he secured an e-discovery vendor early in the process, much of the harm caused by the incompetence might have been avoided.  The opinion also notes that failure to supervise the work of others may also violate a lawyer’s duty of competence.  The opinion states that although “Rule 3-110(C) permits an attorney to meet the duty of competence through association or consultation with an expert,” it “does not absolve an attorney’s obligation to supervise the work of the expert under rule 3-110, which is a non-delegable duty belonging to the attorney who is counsel in the litigation, and who remains the one primarily answerable to the court.” As a result, lawyers must remain regularly engaged in cases, educate those involved about legal and factual issues impacting discovery and also advise the client and trial team about risks attendant to the e-discovery tasks at hand.

To those ends, the revised opinion faults the attorney for: 1) over reliance on the expertise of the client’s IT department; 2) failing to educate the client and its IT department about the e-discovery process; 3) permitting unfettered network access to opposing counsel’s vendor; and 4) failing to discuss with the client suspension of document deletion protocols.

Mere Failure to Act Competently May Not Trigger Discipline

However, the revised opinion now makes clear that the mere failure to act competently may not trigger discipline under Rule 3-110, but that intentional, repeated or reckless acts of incompetence might. The opinion also makes clear that whether the acts of the attorney described in the hypothetical warranted discipline is beyond the scope of the opinion. The revised opinion also points out that it addresses only an attorney’s ethical duty as it relates to the attorney’s ESI and does not address ethical obligations as they relate to an opponent’s ESI.

The revised opinion, like the original opinion, concludes that the attorney may have run afoul of confidentiality obligations because he failed to diligently protect against the disclosure of confidential information. Moreover, the attorney’s unfamiliarity with clawback agreements also placed his client’s proprietary information in jeopardy. The competitor could argue that the disclosure of the business information was not inadvertent because the attorney took no effort at all to protect against it. The opinion also notes that the duty to protect a client’s confidential information is one of the most sacrosanct of an attorney’s obligations and that California Business and Professions Code Section 6068(e) requires attorneys to act “at every peril to himself or herself” to protect client secrets.

A footnote in the opinion points out:

Although statute, rules, and/or case law provide some limited authority for the legal claw back of certain
inadvertently produced materials, even in the absence of an express agreement, those provisions may not work to mitigate the damage caused by the production in this hypothetical. These “default” claw back provisions typically only apply to privilege and work product information, and require both that the disclosure at issue has been truly inadvertent, and that the holder of the privilege has taken reasonable steps to prevent disclosure in the first instance. See Federal Rules of Evidence, rule 502; see also generally State Compensation Insurance Fund v. WPS, Inc. (1999) 70 Cal.App.4th 644 [82 Cal.Rptr.2d 799]; Rico v. Mitsubishi Motors Corp. (2007) 42 Cal.4th 807, 817 – 818 [68 Cal.Rptr.3d 758]. [W]hether the disclosures at issue in our hypothetical truly were “inadvertent” under either the parties’ agreement or the relevant law is an open question. Indeed, Attorney will find even less assistance from California’s discovery clawback statute than he will from the federal equivalent, as the California statute merely addresses the procedure for litigating a dispute on a claim of inadvertent production, and not with the legal issue of waiver at all. (Code Civ. Proc., § 2031.285).

The Revised Opinion Removes References to Suppression of Evidence and The Duty of Candor.

The revised opinion removed discussion about attorneys’ duty not to suppress evidence and potential violations of the duty of candor. Presumably, removal of references to suppression of evidence was a response to comments from the Los Angeles County Bar Association pointing out that suppression of evidence is an intentional act, but that in the hypothetical, there was nothing indicating the lawyer purposely destroyed evidence.

In the end, the ultimate advice to attorneys in the revised opinion is not much different from the original. As it reads now, the opinion digest states:

An attorney lacking the required competence for e-discovery issues has three options: (1) acquire sufficient learning and skill before performance is required; (2) associate with or consult technical consultants or competent counsel; or (3) decline the client representation. Lack of competence in e-discovery issues also may lead to an ethical violation of an attorney’s duty of confidentiality.

NOTE: The final published version of the opinion discussed above, as adopted, CAL 2015-193, may be found here. 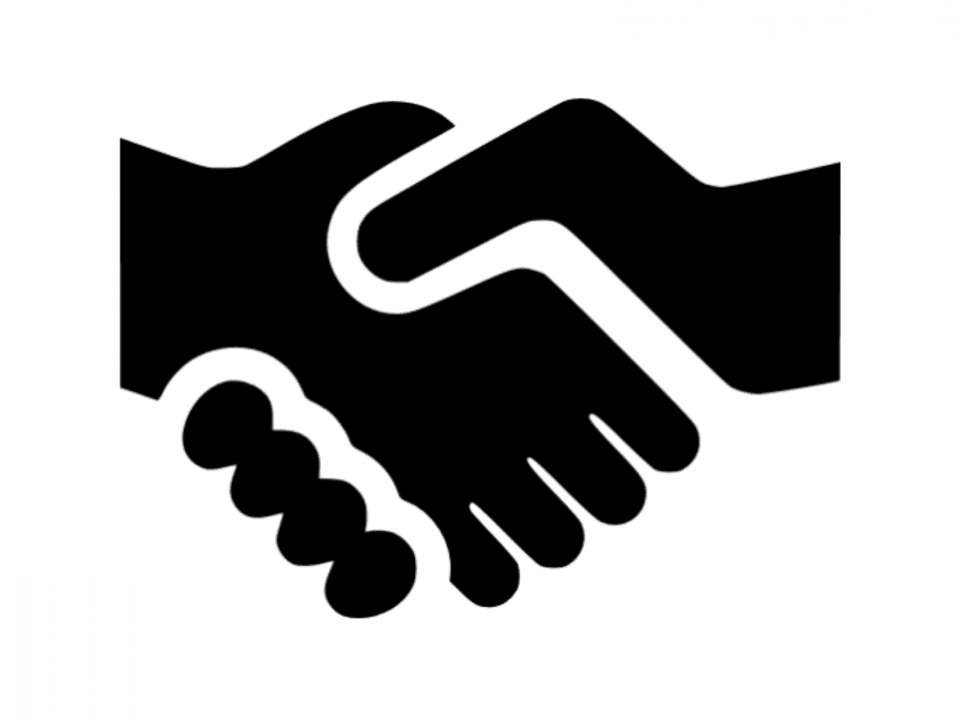 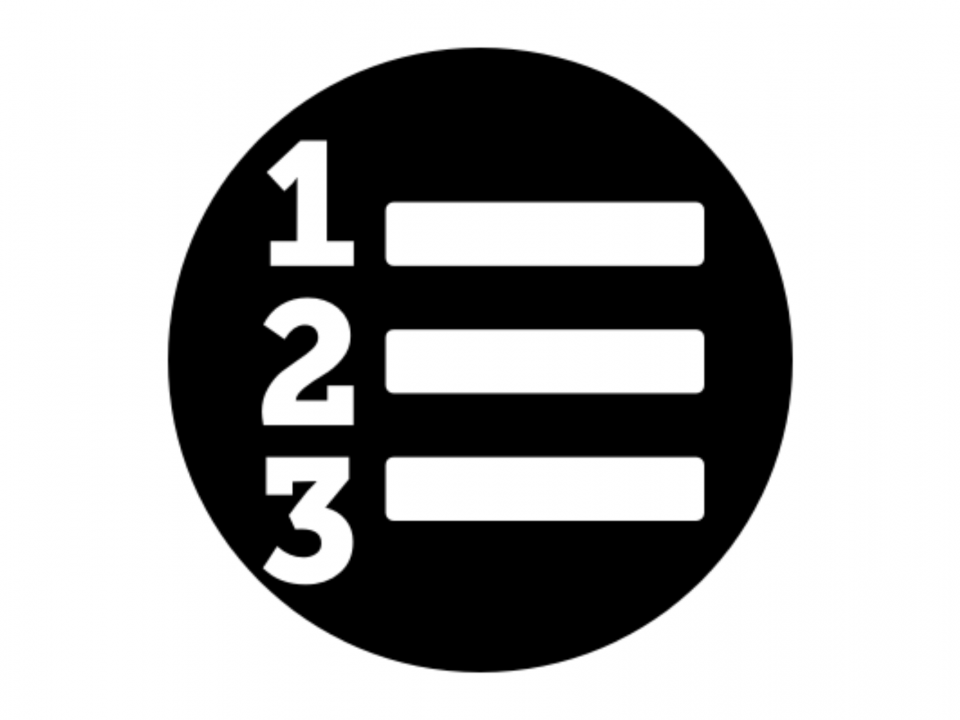