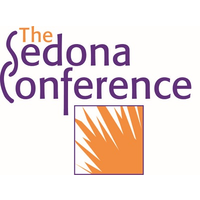 Both state and federal rules of civil procedure permit litigants to request documents and electronically stored information (ESI) from other litigants and third parties by serving document requests or subpoenas. If the document requests are not objectionable, recipients must produce any requested items “in their possession, custody and control.”

Because the phrase “possession, custody and control” is generally undefined by civil procedure rules, courts and parties must refer to case law for guidance. But case law interpreting “possession, custody and control” is inconsistent. As a result, the Sedona Conference, a “think tank” focused on complex litigation and other legal issues, compiled a “Commentary on Possession, Custody, or Control.”

The Commentary explains that is intended to “provide practical, uniform and defensible guidelines regarding when a responding party should be deemed to have ‘possession, custody, or control’ of documents and all forms of electronically stored information . . . subject to [Federal Rules of Civil Procedure] 34 and 45 requests for production.” To those ends, the Commentary suggests that for a party to have “possession, custody or control” of documents or ESI, they must be in actual possession of the material or have “the legal right to obtain and produce the [d]ocuments and ESI on demand.”

Currently, courts apply three general tests to determine if a party “controls” documents or ESI requiring them to preserve and produce the information for litigation: 1) The “Legal Right” Standard; 2) The “Legal Right Plus Notification” Standard; and 3) The “Practical Ability” Standard.

Under the “Legal Right” test, a party has “possession, custody or control” of documents if they have the legal right to obtain the information.

Under the “Legal Right Plus Notification” standard, not only does a party have “possession, custody or control” of documents to which it has a legal right, if the party does not have the legal right to obtain documents requested in discovery, but knows a third party possesses them, it must advise the requesting party that a third party has the documents.

Finally, under the “Practical Ability” standard, a party must produce documents and ESI requested in litigation even if they do not have the legal right to obtain the documents, but they have the “practical ability” to obtain them.

The Sedona group also expressed concern that when the “Practical Ability” test is applied broadly, it could compel individuals to produce documents and ESI in their possession relating to companies they own, but not involved in the lawsuit for which the documents are requested. Of additional concern to the group is that under the “Practical Ability” test, employers could be obligated to produce documents in the possession of employees, but over which they have no legal right to demand.

Principle 1: A responding party will be deemed to be in Rule 34 or Rule 45 “possession, custody, or control” of Documents and ESI when that party has actual possession or the legal right to obtain and produce the Documents and ESI on demand.

The commentary also offers examples of situations in which “possession, custody or control” exists and when it does not.

Illustrative situations/examples where “control” does not exist:

Other Principles Address Burdens of Proof and Other Applicable Legal Principles

The other principles drafted by the Sedona group address burdens of proof and legal principles to apply when questions of “possession, custody and control” are contested:

Principle 3(a): When a challenge is raised about whether a responding party has Rule 34 or Rule 45 “possession, custody, or control” over Documents and ESI, the Court should apply modified “business judgment rule” factors that, if met, would allow certain, rebuttable presumptions in favor of the responding party.

Principle 3(b): In order to overcome the presumptions of the modified business judgment rule, the requesting party bears the burden to show that the responding party’s decisions concerning the location, format, media, hosting and access to Documents and ESI lacked a good faith basis and were not reasonably related to the responding party’s legitimate business interests.

Principle 4: Rule 34 and Rule 45 notions of “possession, custody, or control” should never be construed to override conflicting state or federal privacy or other statutory obligations, including foreign data protection laws.

The Commentary may be downloaded here.