Metadata. A Menace to Society? 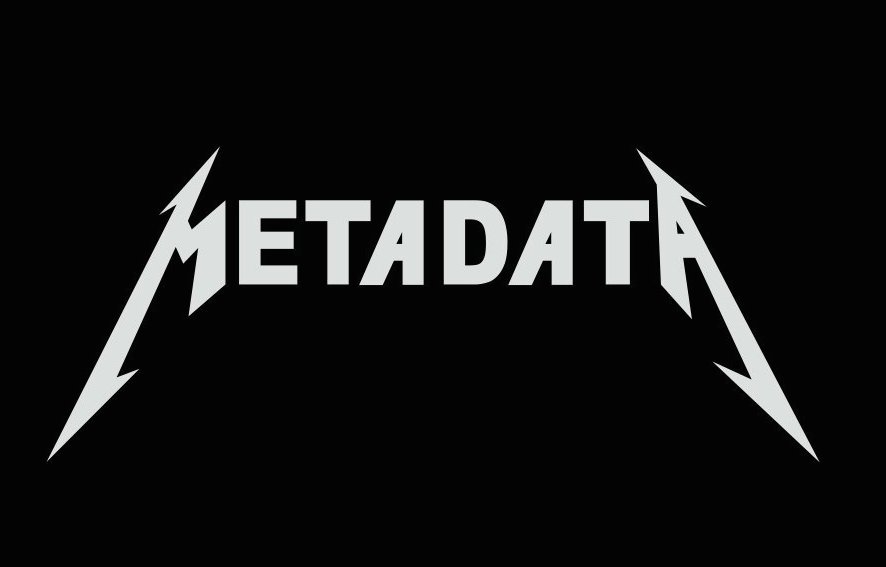 Metadata. Is there a more misunderstood e-discovery concept by attorneys and courts alike? Here’s the thing—metadata is not evil. In fact, it can make a lawyer’s life easier. Metadata is not dangerous and it is generally not something that should be withheld from your opponent lest they receive an undeserved windfall of data. In fact, proper use of metadata makes for more efficient lawyering.

What is metadata?. The common metadata definition is “data about data.” Metadata captures data elements or attributes (name, size, date, type, etc.), data about records or data structures (length, fields, columns, etc.) and data about data (where it is located, how it is associated, ownership, etc.).

All too often courts and attorneys limit or refuse to permit discovery with basic descriptive metadata intact. This aversion to disclosure of metadata is likely the result of either: 1) not fully understanding metadata; or 2) in the case of attorneys, fear of disclosing pertinent information without knowing it, or wanting to make life hard for an opponent.

There are a handful of common metadata myths used to justify the refusal to produce it:

Generally, none of these justifications are on solid footing.

Here’s a dirty little secret about e-discovery charges: some e-discovery tasks do not take up much extra time and should not add much, if any, expense. Some e-discovery services are literally performed by pushing a button on a computer. For most cases involving e-mail and common file types, providing metadata is likely one of these items.

Generally, for the purposes of electronic discovery, metadata is produced in two ways: producing original native files or creating a load file to accompany the production.

By producing files in their original native form (for instance producing e-mail messages in their original text form), original metadata remains intact and embedded in the file itself. Historically however, document productions are not in native form, but produced as images (often tiff or pdf) accompanied with a load file. When files are converted from their original native format into an image file, descriptive metadata is lost. As a result, load files are also created containing the metadata and document contents.  The load file then ties all the information together within the software by connecting the image files to the right text and metadata files.

By agreeing to native productions, there is no need to convert files to images and no need to preserve file attributes in a load file which might actually result in fewer processing charges. (However, admittedly, if you are dealing with less common file types, archived material, or must provide more substantive or structural metadata, providing metadata might be more difficult and more costly).

Myth: Metadata Is Something Extra Your Opponent Does Not Deserve

Joshua Gilliland has a great post on his Bow Tie Law Blog about lawyers producing electronically stored information (ESI) without metadata. He notes, “[t]here are many lawyers who have an unnatural fear of producing associated metadata with ESI productions. I have always viewed this as producing printed paper without ink on the pages.”

Stripping ESI of its metadata is similar to the good old days of paper documents when a party produced a fax but removed the time stamp at the top placed by the fax machine noting time of sending or receipt. Information like this could have evidentiary value, and if pressed, most courts would not condone obscuring a fax time stamp.

Often attorneys withhold metadata from productions because they believe it will provide their adversary with sensitive information, an advantage or undeserved insight into a case. This is unlikely, and in truth, under procedural rules, the party requesting the metadata is probably entitled to any insight it might provide. For instance, there is generally no privilege to protect disclosure of document creation date, the time an email message was received or whether it has an attachment.

Now, there are instances in which withholding metadata is proper. For instance, if a legal matter involves contracts and drafts of contract drafts are produced, the metadata may include privileged attorney notes or work product that should not be produced. These cases are obvious and the need to take precautions will likely not be overlooked.

Why Should You Agree to Produce Metadata? Because What Comes Around Goes Around

One of the main benefits of e-discovery software is being able to use search and filtering features. If ESI loaded into e-discovery software has insufficient content or metadata (i.e. just an image of the original file with no text and identifying information), then many features of the software are rendered useless. This means you might as well take a time machine back to 2002 and look at documents one by one because this is exactly what you might have to do if you load documents into an e-discovery review platform without sufficient metadata.

For instance, if you wanted to do something very simple like sort documents chronologically, you can forget about it if metadata is not appropriately preserved. The only date the will likely have is the date on which they were prepared to send to you.

What is a Load File?