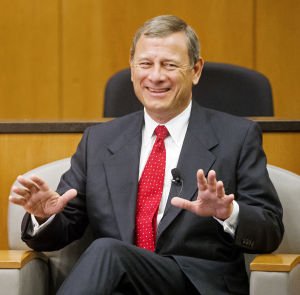 As we have written about here and here, proportionality is an important e-discovery concept and is front and center in recent amendments to the Federal Rules of Civil Procedure. Chief Justice John Roberts addressed the rule changes in his 2015 Year-End Report on the Federal Judiciary and, although Justice Roberts is not a fan of pistol duels, he is a fan of the amendments, describing them as a “big deal.”

Litigation is Better Than a Gun Fight

Justice Roberts’ opens his report noting that for a good chunk of American history, pistol duels were an acceptable way to settle disputes. However, Americans ultimately realized that courts, rather than gun fights, are a better method of dispute resolution. We also realized that if courts are used to settle disputes, they need rules of practice and procedure.

The recent amendments to those rules, Justice Roberts points out, were a long time in the making and came about because “civil litigation has become too expensive, time consuming, and contentious, inhibiting effective access to the courts.” The rule changes contemplate greater cooperation among attorneys, aim to focus discovery on what is truly necessary resolve cases and address problems associated with the volume of electronically stored information.

Justice Roberts applauds changes to Rule 26 which now limits the scope of discovery to information relevant to a claim or defense rather than permitting discovery into any matter “reasonably calculated to lead to the discovery of admissible evidence.” But Justice Roberts is even more jazzed about Rule 26’s emphasis on the “common-sense concept of proportionality.”

The amended rule states, as a fundamental principle, that lawyers must size and shape their discovery requests to the requisites of a case [and] eliminate unnecessary or wasteful discovery. The key here is careful and realistic assessment of actual need.

Justice Roberts Expects Active Judges, but What if They Prefer Duel by Pistol?

Although the rule changes emphasize that lawyers must “work together, and with the court, to achieve prompt and efficient resolutions of disputes,” Justice Roberts stressed that the amendments contemplate a more active bench in shaping the scope of discovery. He points out that “a well-timed scowl from a trial judge can go along way in moving things along crisply.”

To those ends, Justice Roberts expects that

Judges must be willing to take on a stewardship role, managing their cases from the outset rather than allowing parties alone to dictate the scope of discovery and the pace of litigation. Faced with crushing dockets, judges can be tempted to postpone engagement in pretrial activities. Experience has shown, however, that judges who are knowledgeable, actively engaged, and accessible early in the process are far more effective in resolving cases fairly and efficiently, because they can identify the critical issues, determine the appropriate breadth of discovery, and curtail dilatory tactics, gamesmanship, and procedural posturing.

However, even with the rule changes, we bet that some judges would still prefer to settle some discovery disputes by dueling.