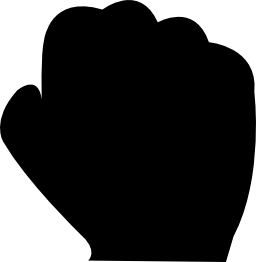 Although often overlooked, the Federal Rules of Civil Procedure and many state e-discovery rules specifically state that litigants are only obligated to produce electronically stored information (ESI) in one format.  Specifically, Fed. R. Civ. Proc. 34(b)(2)(E)(iii) states that “[a] party need not produce the same electronically stored information in more than one form.”  Similar directives are found in Illinois Supreme Court Rule 201(a) (“Duplication of discovery methods to obtain the same information . . . should be avoided”) and Washington Rule CR 34(b)(3)(F)(iii) (tracks language of Fed. R. Civ. Proc. 34).

It is for this reason that counsel should give forethought to e-discovery issues and, if unfamiliar with ESI production formats, should consider consulting e-discovery vendors early in a case (even just for guidance).  It is with increasing frequency that ESI protocols and agreements are later regretted because the significance of their terms were not readily apparent or understood at the time of making.

Two recent cases are examples.  In Melian Labs Inc. v. Trilogy, LLC, Case No. 13-cv-04791-SBA (KAW) (N.D. Cal. Sept. 4, 2014), the parties agreed that documents were to be produced in “paper, PDF, or TIFF format, and spreadsheets and certain other electronic files in[] native format when it is more practicable . . . .”  After Melian produced emails in .pdf form without metadata and produced spreadsheets in non-native formats, Trilogy asked the court to order Melian to produce the e-mails with relevant metadata and compel production of the spreadsheets in native format. The court declined noting that a responding party may generally produce documents in a format of their choosing and that the discovery agreement between the parties did not specifically require production of ESI in native format.

Similarly, in A&R Auto Body Specialty and Collision Works, Inc. v. Progressive Casualty Ins. Co., Civ. No. 3:07CV929 (WWE) (D. Conn. Sept. 9, 2014) the court also noted that under Rule 34 a party may not be entitled to production in a preferred format.  In that case, the defendants produced two sets of related data, but used different identification fields in each set.  Plaintiffs then requested that the defendant merge the two data sets, but the court refused the request noting that parties are obligated only to produce ESI in one format and generally cannot be compelled to create documents for production in litigation.

The lesson in both of these cases as it relates to ESI formatting is that you might not always get what you want, but planning ahead and reaching agreements with opposing counsel about production issues may save on headaches and motion practice.  For more on issues to address during Rule 26(f) and other discovery conferences, take a look at this article.