Who knew the topic of legal holds is so engaging? Articles about litigation holds turn out to be some of our most popular reads. We’ve written in the past about litigation hold triggers and the duty to preserve evidence as well as the privileged nature of legal hold communications. But, a lawyer’s duty to prevent evidence destruction does not end by hitting send on a legal hold email. Both in-house and outside counsel are responsible for overseeing the implementation of and compliance with legal holds.

Just advising your client not to destroy documents relating to a lawsuit is probably not enough. As the cases below explain, legal hold best practices require lawyers to also monitor implementation of a legal hold.

One law firm found out the hard way when it was sued for malpractice after its client lost a copyright infringement case because of evidence destruction.

After IQS lost the copyright case, it sued its attorneys and blamed them for the unfavorable result. Specifically, IQS alleged that the attorneys failed to adequately supervise the document production because they were absent when the publishing company inspected the documents. IQS also claimed its attorneys were negligent for failing to properly advise it on the law surrounding document preservation.

For their part, the attorneys pointed out they issued an “oral litigation hold” when they first met with the company and that at some point during the litigation, they discussed with IQS what types of documents were relevant to the case and would need to be produced.

IQS moved for summary judgment in the malpractice case, and although the court withheld judgment on the attorneys’ negligence, it did note that the obligation to preserve evidence “runs first to counsel” and as a result attorneys must explain to clients the need to preserve documents relevant to the legal matter.

The court also noted that an attorney’s obligation regarding preservation of evidence includes both the implementation of a litigation hold as well as monitoring the client’s compliance with the legal hold and efforts to collect and produce relevant documents. (Following the seminal case, Zubulake v. UBS Warburg LLC, 229 F.R.D. 422, 432 (S.D.N.Y. 2004)).

However, the court also acknowledged that lawyers are not always responsible for their client’s destruction of documents, but they do have an obligation to take reasonable steps to ensure the preservation of relevant information.

More recently, in Perrong v. Sperian Energy Corp., Case No. 2:19-cv-00115-RFB-EJY (Jan. 17, 2020), the court, considering a sanctions motion in which several parties “simply pointed fingers at one another each saying it does not have [the requested] records”, feared evidence spoliation because none of the parties took action to preserve the records at issue.  The court’s frustration was not limited to the litigants and the judge noted that “[t]he preservation obligation runs first to counsel, who has a duty to advise his client of the type of information potentially relevant to the lawsuit and of the necessity of preventing its destruction.”

In-House Counsel: Be Sure to Connect the Dots

Although the attorneys in the cases discussed above practiced with law firms, it is often in-house counsel that is at ground zero for a legal dispute and responsible for putting the legal hold wheels in motion. In fact, the duty to preserve evidence may extend beyond the walls of the company legal department. As one court noted, “corporate managers are responsible for conveying [legal hold] information to the relevant employees.” Cruz v. G Star, Inc., No. 17-CV-7685 (PGG) (OTW) (June 19, 2019).

A good example of in-house counsel dispatching their obligation to institute a legal hold is found in Mirmina v. Genpact, LLC, Civil No. 3:16CV00614 (D. Conn. July 27, 2017). In that case, an employee sued his former employer and raised concerns that the employer withheld documents during discovery because the employee believed the company relied on a single employee involved in the dispute to collect relevant documents (admittedly not a good idea).

Upon further inspection, the court found that the company’s in-house counsel had done more than just rely on a single employee to satisfy the company’s discovery obligations and followed legal hold procedures to ensure documents were preserved, collected and produced during discovery.

(1) issued a timely and detailed litigation hold to potential custodians of ESI, directing the preservation of any records and documents that might pertain to plaintiff’s claims;

(2) gave instructions to the ESI custodians regarding searches and specific search parameters;

(3) explained the importance of a thorough search to the ESI custodians; and

(4) provided guidance when questions arose during the search.

Takeaway: Have a Legal Hold Process

As lawyers know, legal hold notices should be sent as soon as a legal dispute is “reasonably anticipated.” Counsel also needs to make sure make sure document retention policies permitting document deletion are suspended (as they relate to the destruction of relevant documents). Next, all potential custodians with relevant information and documents should be identified, interviewed and informed of their obligation to preserve documents.

For more detailed reading, check out our article on the dos and don’ts of document preservation. 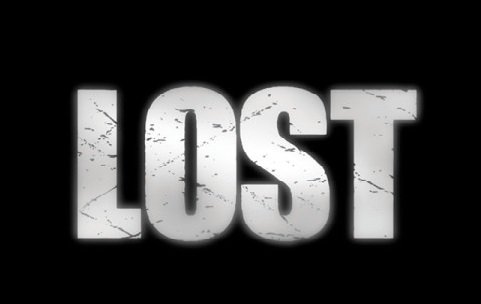